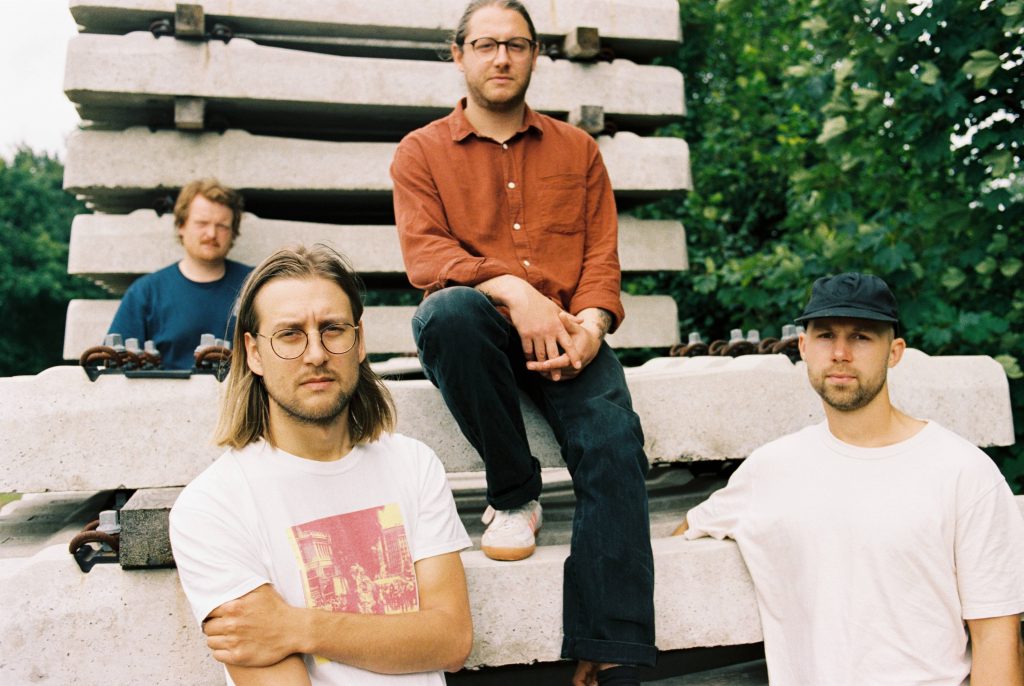 Songs from the Centrifuge is the debut LP from SHUN. The neo shoegaze group from Münster have made a name with their previously released four-song tape Nothing Quite As Heavy, playing shows across Europe with bands such as Slow Crush, Odd Couple and 80s heroes The Psychedelic Furs. The debut album now finally brings us new material from the band, showcasing their evolution into higher spheres.

Featuring some heavy, distorted, yet swayingly dreamy shoegaze for fans of Nothing or Slowdive, the lead single “Centrifuge” shows only one of many dimensions that SHUN incorporate in their style. Other songs like “Dreaming in Color” and “Heavy Reverie” see the band leveraging irresistible dream pop and indie rock vibes, while everything is tied together in a somber space-gloom that is probably felt at its harshest in „RPM“. Shoegaze purists will find that Songs from the Centrifuge is much more than just another shoegaze record, with influences from space rock á la Spiritualized and more beat-driven arrangements from the likes of DIIV or The Chameleons.

Production and engineering duties were fulfilled by Pogo McCartney of Messer fame, while the stunning artwork was contributed by Benny Druckwelle (The Tidal Sleep, Spirit Crusher), both of which managed to capture the retro futuristic essence of Songs from the Centrifuge perfectly.