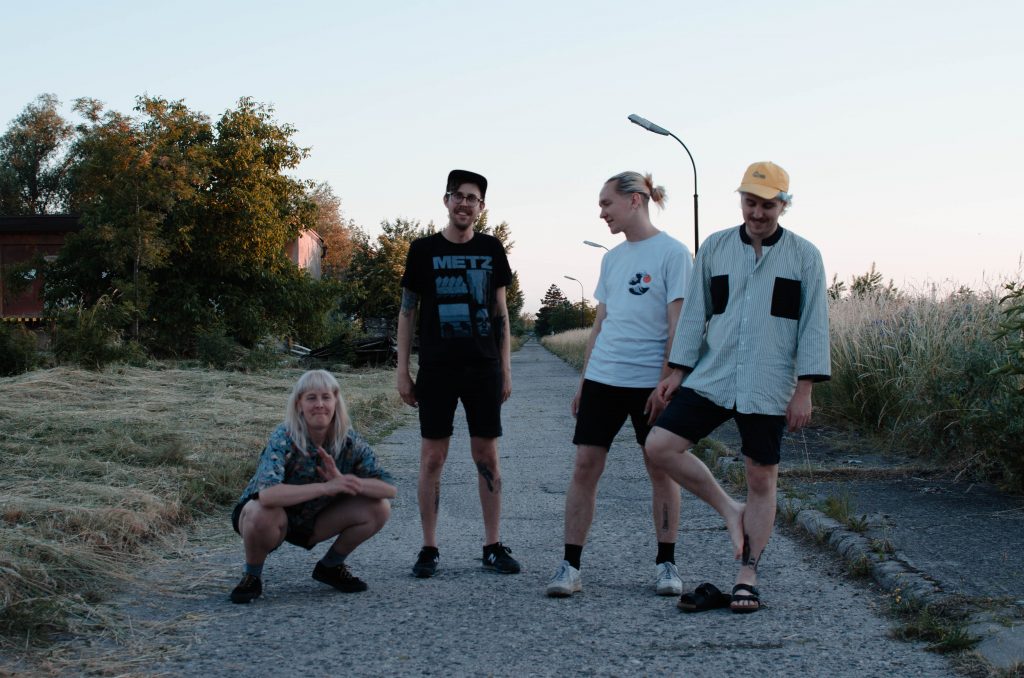 The Austrian multi-instrumentalist, songwriter and producer Nichi Mlebom, whose real name is Julian Werl, produces quirky feel- good lo-fi guitar tunes. After Werl , who was born in Vienna and grew up on a Farm in southern Burgenland moved to Brno, Czech Republic in 2019, he set up a small home studio in a ground floor apartment in the old town of the Czech “Suburbs of Vienna”, in which he not only records and produces local bands, but also writes and works on his own bulky guitar-lofi-pop songs. But he has not forgotten his musical home country Austria. He continues to play in the Graz based band @land_of_ooo_band.

In October 2021 he released his (self titled) first Album via Korobushka, Big Cake & Bughead Records. Live you can catch him with his wonderful band, 2 of the members are shared with noiserockers Sinks.