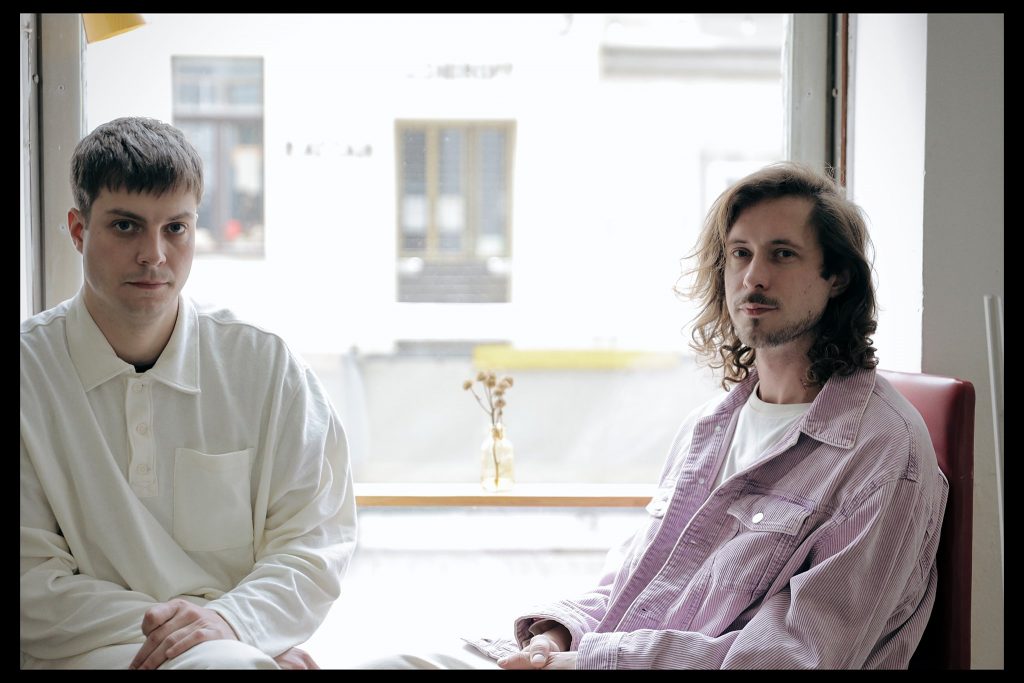 MELA is a Dreampop Duo from Vienna. Since 2016 Simon Bauer and Marius Grimminger are working together on compositions, that are inspired by various genres and range from emotional ballads over four-to-the-floor dance songs to powerful and energetic songs. Central to the sound of MELA are deep basslines, spheric synthesizers, electric guitars as well as playful melodies. All surrounded by a harmonic mixture of melancholia and danceability.
After numerous shows in Germany, Austria, and the Czech Republic and two self-made EPs, MELA signed with the Viennese Indie Label Kleio Records in 2018. One year later their debut album “To Postpone A Dream” (Kleio Records, 2019) was released, which was produced and mixed in collaboration with Vienna-based producer Peter Paul Aufreiter (Hearts Hearts). Since then, the two have not been unproductive: After playing further shows MELA released the singles “Violet Bloom” , followed by “My Own Parade” and “Talking too much” (Kleio Records)
At their concerts the band is supported by live-musicians on the bass and the drums. This makes the live experience direct, powerful, and energetic.