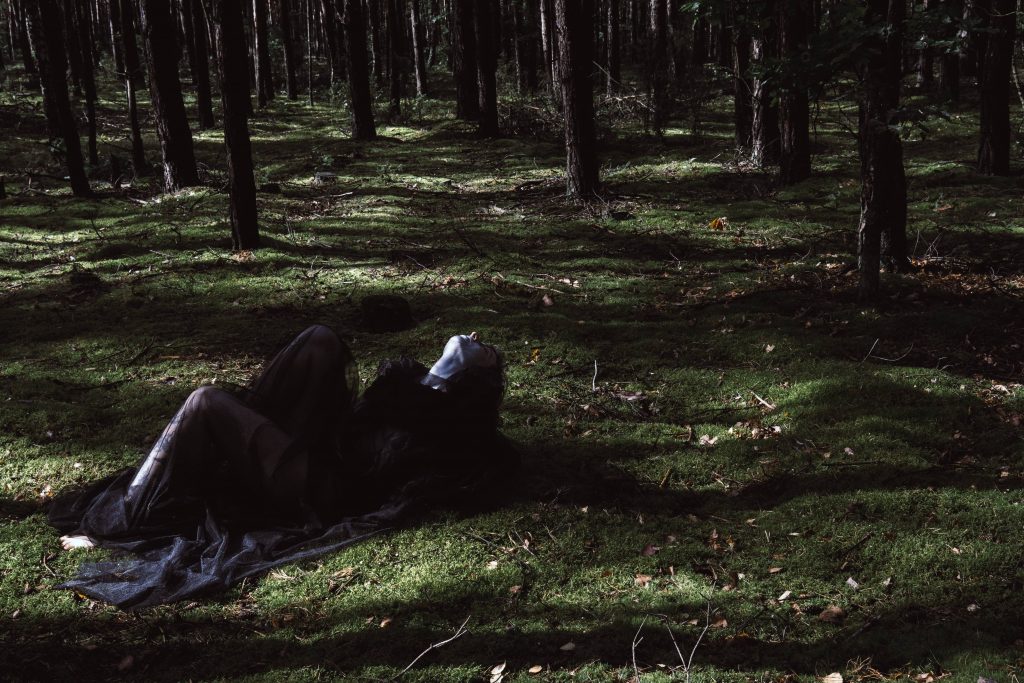 MALA HERBA is a solo project of sound artist and queer music activist Zosia Hołubowska. Based on traditional music, magic, and demonology of Eastern Europe, Mala Herba’s performances are sonic rituals. The music draws from darkwave and minimal synth- wave but sometimes the melody cracks, the voice becomes a magic spell and the song transforms into a noise soundscape. Polyrhythmic pulsations are stacked on top layers of harsh noise and processed archival samples and then arpeggiated bass kicks in again and the music oscillates between haunted italo-disco and EBM. After being featured on compilations by labels such as DKA, Exiles and Total Solidarity by Oramics, Mala Herba released their debut LP “Demonologia” on Berlin’s [aufnahme+wiedergabe] in January 2021, followed by a digital EP “Omnia Vanitas” with two remixes and two covers on the same label. After various tracks on solidarity compilations there’s a new album due to be released in late 2022.