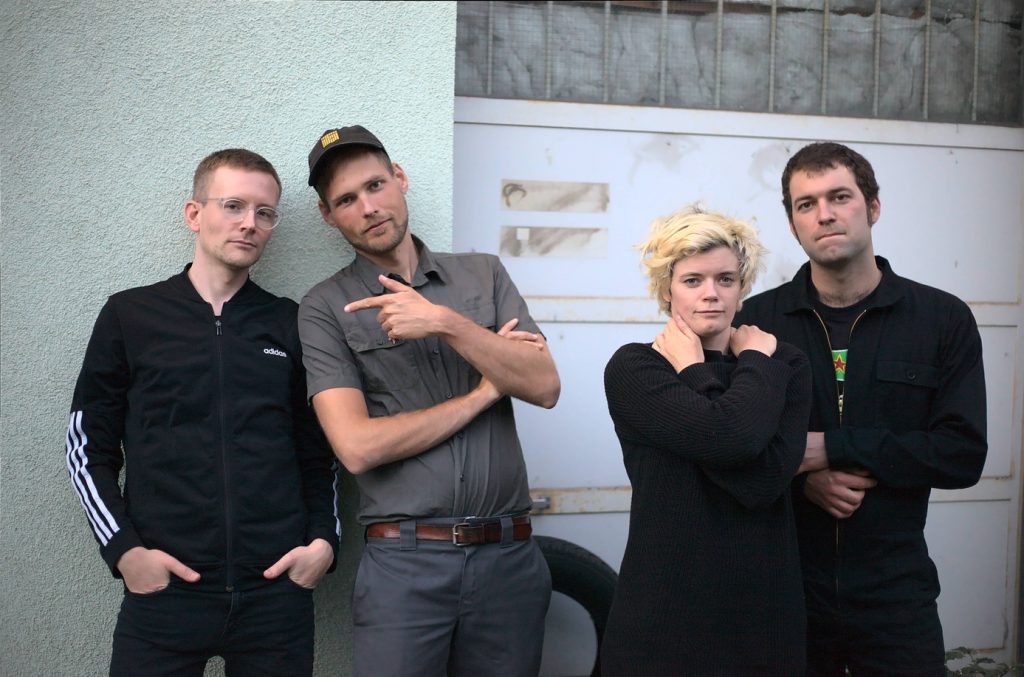 Kometa is a band based in Vienna, Austria. Starting as a three-piece without drums but with a lo-fi sound, they released a demo tape and played a few gigs. From then the band developed more and more a style defined by interplay of two guitars driven by bass and drums. The lyrics oscillate between lyrical storytelling and bare descriptions spinning around humans and their lifes. In the year 2016 the first self-titled EP was released on No Expectation Records, which is run by two of the bandmembers. In March 2018 the band recorded the mini-EP “No Full Casco” together with Marlene Brüggemann, with whom kometa recorded their first LP “…our open bodies will respond”, which is mixed by Tom Grassegger and mastered by Alexandr Vatagin. Due to the Lockdowns and Measurements facing the pandemic the band had time and energy to record even more songs. In Winter 2020/21 kometa recorded their EP “Eierschneider” on a 4-Track Tascam Cassette Recorder.

“…our open bodies will respond” will be released 06/01/22 via No Expectations Records.